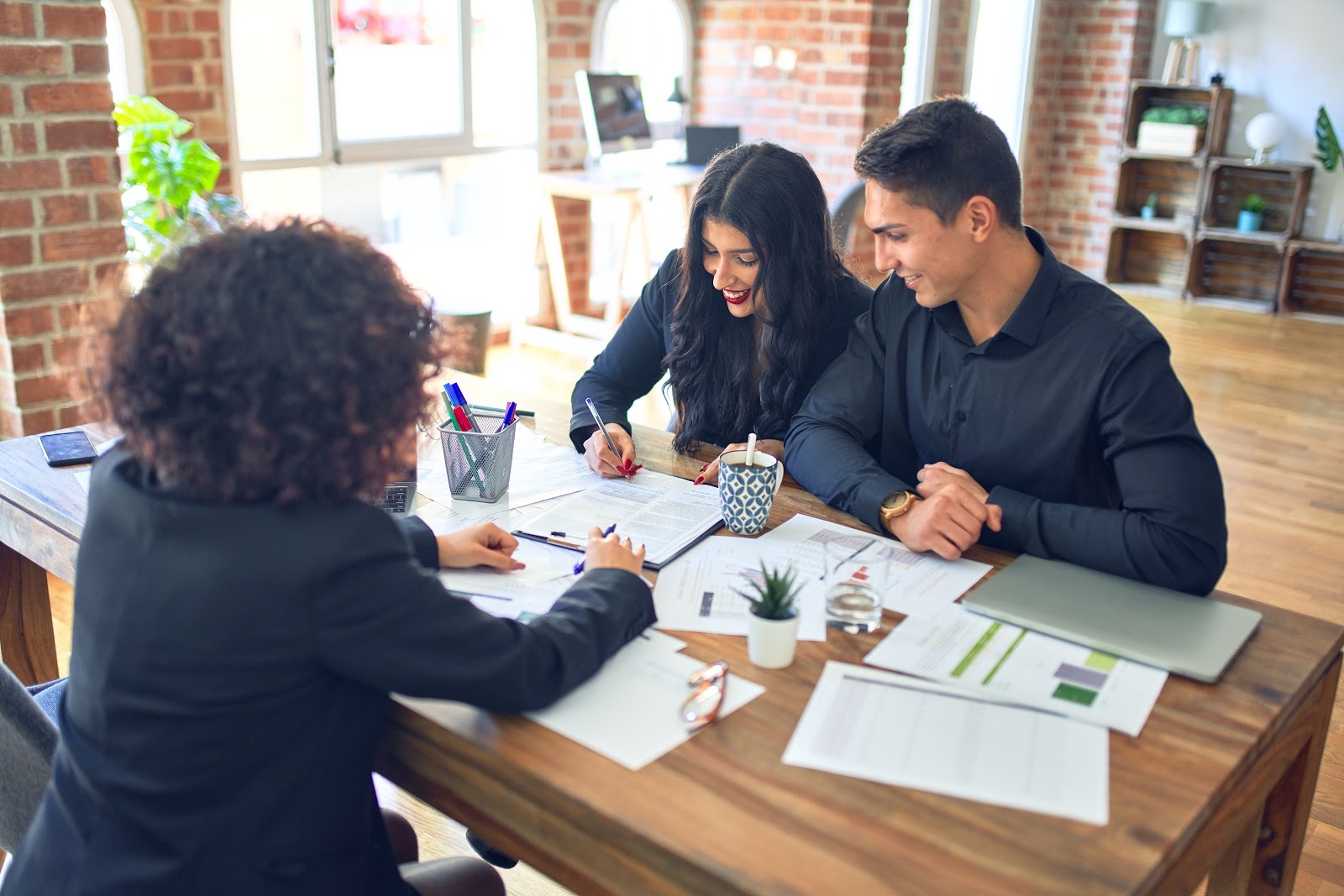 It’s likely that you’ve heard or seen a portrayal of the idyllic version of the American Dream with the beautiful family and perfectly landscaped yard and white picket fence. But how did that image come to represent the ultimate dream in the country? People often scoff at the idea that this is what defines perfection, but the truth is that there is a historic reality to the American Dream and it has to do with owning a home. So, we thought we’d take a look at where the idea of the American Dream came from and how that might apply to you as you take the first steps to buying a home.

The American Dream is more of a theme and if you ask anyone, they will tell you that they know what it is. If you ask them to define it in more detail, they may begin to stutter a little, searching for the right words. This might be because the American Dream is not the same across the board, it has changed and morphed over the years, but at its core, it is more of an idea than a set standard. It’s often represented by material stability and more specifically owning things like a car and a home, but it also defines something much more than that: a life of freedom and the right to the pursuit of happiness.

The Origins of the Phrase

Centuries before the phrase caught on, immigrants to the United States understood what it was. It had to do with the grand possibilities that lay in an unexplored land that was rich in resources and opportunities. It might be interesting to note that historian James Truslow coined the phrase “American Dream” during the Great Depression. The idea was clear from the beginning; it was not just a desire for affluence but for adventure. As America got out of the Great Depression and moved into more economically stable times, the Dream changed with it.

The Dream and the War

During the war effort of the 1940s, the country went to work to help in whatever way they could back at home. This meant the expansion of industry and women in the workplace. Once World War II ended, the United States saw great economic resurgence. Veterans coming back from the war were able to purchase homes and homeownership became more widespread.

After World War I, the government hadn’t done a great job of taking care of its veterans; this, undoubtedly, created a lot of tension. This time around, however, Congress knew it had to act and repay the veterans in a tangible way; thus, the G.I. bill came about. The G.I. Bill transformed America in several different ways. It had a lot to do with the American Dream since the veterans coming back were able to get an education and own a home. One in eight Americans were involved in the war and so this meant that a lot of Americans would benefit from the G.I Bill and what it offered.

At the same time, people needed appliances for these homes, as well. The industries of refrigerator, dryer, washer, and kitchen appliance manufacturing started to take off.  Inevitably, the “American Dream” phrase became intertwined with the idea of homeownership. Owning a home symbolizes a kind of freedom and stability that people seek in their lives.

Buying a Home as a Long Term Investment

Things are not much different today. The American Dream remains something that people chase. They work hard, study hard, and move their way towards what they see as their version of the Dream. Today, owning a home can be difficult for many people. Yet, there are many opportunities and programs designed to help people with this particular process. First Time Home Buyer loans are available for people that have never owned a home and are looking for their first one. These types of loans can provide some relief and access to home loans that people might not otherwise have.

Here at Rocky Mountain Mortgage Company, we want to help you find the opportunity to get your dream started. Whether you are looking to purchase your first home or perhaps your second home, we can help you find the right loan option.

Work With a Local Lending Group

Here at Rocky Mountain Mortgage Company, we help El Pasoans find the right type of loan for their goals and their situation. We are a local lending group, which gives you a myriad of advantages. We know the markets here and can offer low rates. At the same time, our offices are right around the corner, so you can come by any time, ask questions, and feel like you have someone on your side!

PrevPreviousRefinancing Your Mortgage: Tips For Navigating A Refinance
NextMortgage Tips for Millennials Ready to Buy a HomeNext

Get a FREE Consultation

Texas Mortgage Banker Consumer Disclosure: PURSUANT TO THE REQUIREMENTS OF SECTION 157.007 OF THE MORTGAGE BANKER REGISTRATION AND RESIDENTIAL MORTGAGE LOAN ORIGINATOR ACT, CHAPTER 157, TEXAS FINANCE CODE, YOU ARE HEREBY NOTIFIED OF THE FOLLOWING: CONSUMERS WISHING TO FILE A COMPLAINT AGAINST A MORTGAGE BANKER OR A LICENSED MORTGAGE BANKER RESIDENTIAL MORTGAGE LOAN ORIGINATOR SHOULD COMPLETE, SIGN AND SEND A COMPLAINT FORM TO THE TEXAS DEPARTMENT OF SAVINGS AND MORTGAGE LENDING, 2601 NORTH LAMAR, SUITE 201, AUSTIN, TEXAS 78705. COMPLAINT FORMS AND INSTRUCTIONS MAY BE DOWNLOADED AND PRINTED FROM THE DEPARTMENT’S WEBSITE AT WWW.SML.TEXAS.GOV. A TOLL-FREE CONSUMER HOTLINE IS AVAILABLE AT 1-877-276-5550. THE DEPARTMENT MAINTAINS A RECOVERY FUND TO MAKE PAYMENTS OF CERTAIN ACTUAL OUT OF POCKET DAMAGES SUSTAINED BY BORROWERS CAUSED BY ACTS OF LICENSED MORTGAGE BANKER RESIDENTIAL MORTGAGE LOAN ORIGINATORS. A WRITTEN APPLICATION FOR REIMBURSEMENT FROM THE RECOVERY FUND MUST BE FILED WITH AND INVESTIGATED BY THE DEPARTMENT PRIOR TO THE PAYMENT OF A CLAIM. FOR MORE INFORMATION ABOUT THE RECOVERY FUND, PLEASE CONSULT THE DEPARTMENT’S WEB SITE AT WWW.SML.TEXAS.GOV.

Payments are accepted at our Trawood branch only.